Colorado Shooter is claiming to be Non-binary

by AURAOFSHEISSE
November 23, 2022 in World News

I honestly think he is just saying this to avoid hate crimes charges!  Smh 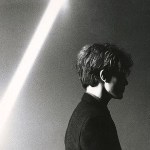 Bullsh*t. His defense attorney is claiming that he is, likely as a way to get him off for his hate crime charges.  He was a known homophobe: Posting this thread with the title "Colorado

Nope. I don’t buy it. I’ll be the first to apologize if I am wrong, but this is a cheap, lazy, and overall completely disrespectful thing to claim when it is convenient to your narrative. It’s not to