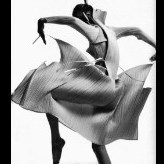 by Guillaume Hamon
November 18 in News and Events

It's her first win in this category after she got best upcoming artist/ best video/ best duet since 2009.  It's voted by the public so France really loves her. PI flopping yet being #1 in France

Also, Gaga has now broken her tie with Madonna as the second international female artist with the most NRJ Awards (5) Shakira is first with 6

Queen of France for real! On another note, Shallow just became the longest charting female song of all time in Italy. So queen of France and Italy