by Teletubby
August 5 in Entertainment News 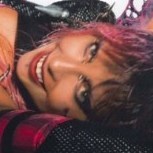 I can never understand how people can live in mansions. The killer could be hiding in one of the guest rooms and you wouldn't even know

if I had that money I would buy those gorgeous abandoned castles in Europe and renovate them a bit   like this one: