by ARTPOP
Wednesday at 10:45 PM in Gaga Thoughts 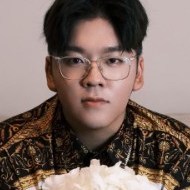 This era ended literally like 2-3 months after it started. I think Gaga is touring this album for a few dates only because she has to