by POP2
May 19 in Chromatica Ball 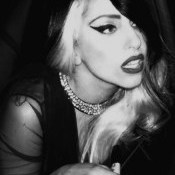 I was getting wheelchair assistance and I wanted to get merchandise after I had found my seats so the nearest elevator required us to go backstage. On the way back from merchandise I saw Gaga and a fe

It was better this way. Imagine if the last show of Chromatica Ball had someone in the audience dead by lightning. This would traumatize everybody including Gaga. So it was better to end the show with