Biden: “I’m not Bernie Sanders. I’m not a socialist” 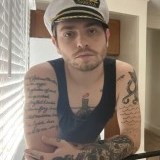