by monketsharona
October 23, 2021 in Gaga Thoughts

When you look at the Lady Gaga concert on the official event it's saying 'postponed to July 31st 2023' https://www.stadefrance.com/fr/search/node/lady gaga   I guess they delayed the to

The one time I managed to get Golden Floor tickets 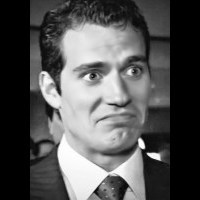 It's been 84 years, and I can still smell the fresh cover art. The rain on me boots had never been used. The chromatica jockstraps had never been slept in. Chromatica was called the skip of Dreams, an