Ryan Goslin Is Ken For Greta Gerwig's Barbie The Movie

by Teletubby
October 22, 2021 in Entertainment News

He doesn't look like Ken though. When I think of Ken he's very similar to the one in Toy Story 3 and Ryan Gosling looks nothing like that.  Matt Bomer would be perfect.

Margot Robbie’s Barbie movie looks to have found its Ken. Sources tell Deadline that Ryan Gosling is in final negotiations to play the iconic Mattel character in Warner Bros’ movie centered on the cla 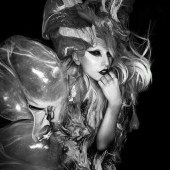 omg Matt Bomer really would be perfect. I didn't even know a Barbie movie was in the works, but completely agree.