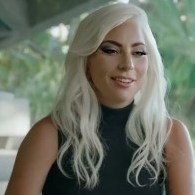 by Gaby15
October 8 in News and Events

Awesome! It’s not #1 but we knew that wasn’t happening so this is better than expected.