by itsdominik
September 3, 2021 in News and Events 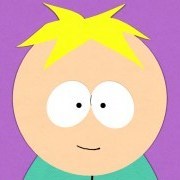 The way the CD is a limited edition... I... The way Latinamerica is not even going to know about it's existence... and I can't buy this from her store