by AUARAOFSHEISSE
July 20 in Gaga Thoughts 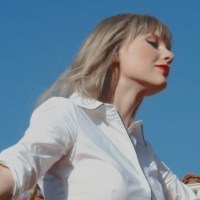 Swine sounds something that Sophie could've produced, but that's it probably  The rest of the album is quite far from hyperpop

No. Nothing about ARTPOP is hyperpop lmao. Also hyperpop’s beginnings are far more attributable to PC Music as a whole and not just SOPHIE I know you all love to give Gaga credit for literally an

I don't think it has anything to do with hyperpop