Born This way:Reimagined will be available as a vinyl from September 3rd

by Tinnitus15
June 23 in News and Events 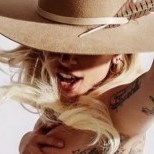 Meh, this is pretty bad tbh. Not even a new cover?    Just look at the Metallica version, standard is almost 200 songs from that album including live versions, demos etc    AND they h

Why would you re-release an album for its anniversary and not include the bonus tracks?