by Blake
June 11 in News and Events

My Queen Kylie with Gaga?

Who's gonna tell her 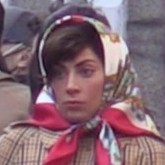 THIS IS TOO MUCH FOR ME, THEY'RE MY FAVORITE ARTISTS OF ALL TIME I CAN'T HANDLE THIS I HOPE IT'S AN EXCLUSIVE NEW SONG JUST PLEASE BREED MY PINKY TWINK HOLE RAW AND LEAVE IT OPEN FOR OTHERS TO ST