McDonald's forced to shut after BTS meal frenzy in Indonesia But does that meal have a Grammy?

In Indonesia so many people ordered the meal inspired by the Korean boyband BTS that there were fears it could cause a new Covid hotspot. A number of Indonesian branches of McDonald's had to be c 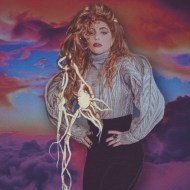 When it's just regular coke and chicken nuggets