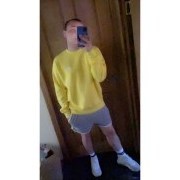 by scottishmonster
June 2 in News and Events

you know a concert is not like playing the album on Spotify, right? haha there will be her greatest hits, first Chromatica live performances and the most important LADY GAGA is going to be there singi i hope we can get a refund. i just won't be feeling the album anymore in 2022.

Just had an email from ticketmaster, the show has been rescheduled but no new specific date has been agreed just Summer 2022. It's all the dates not just London.