by BUtterfield 8
May 5 in World News 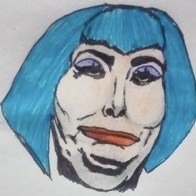 People can’t afford to give birth. It costs tens of thousands of dollars here. People who can’t afford health insurance are told they don’t qualify for Medicare.  Higher education is a scam here. Mo Yay for population control. Seriously, who would want to raise a kid in this crazy world right now

I told y'all in the thread about condom sales that this is why they've skyrocketed  Who the hell can afford to have a baby? Having a child in this economy can bankrupt a family and stretch them p