by Stupid Oreo
April 20 in Charts and Sales 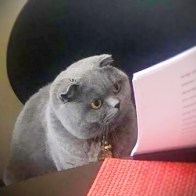 the billboards awards are soon, so i think she will be nominated in this category..She's basically slaying it for over a year now