by venuspop
March 20 in Gaga Thoughts 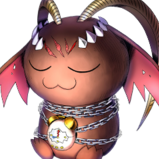 It also had a chat feature

There was a lot planned for the app that never happened. It was initially released unfinished which was a bad start, and it had a countdown timer for the next sections of the app to be unlocked when t

I explained this in another thread about which albums were our favorites and I mentioned that listening to Chromatica made me appreciate ARTPOP because of the lyrics, the colors, the sound. One is mod