GagaMediaArchives.com is working on a video about this.   The list goes from missing interviews that aired live and no one recorded to professional live performances that disappeared from inter 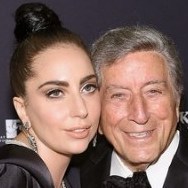 In 2013 I posted a list of links to 80 of Gaga's earliest interviews, from 2008 thru 2011.  Sadly, it would not surprise me if after all these years many of those links are now gone.  Here is the orig