by ThisGuyTony
February 25 in World News

EDIT TO CLARIFY: Thank you @alsemanche!

Here come the "SJWs are ruining everything" comments  It's not like anyone asked for this or was fighting for it, and it's almost certainly a corporate move to keep up an image of inclusivity and 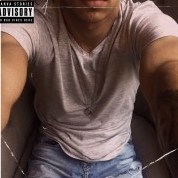 Why not make something new instead of changing the old?