by StarstruckIllusion
October 12, 2020 in News and Events

“RiChY jACkson’s dANcES Are ToO cOmPLICATEd” https://vm.tiktok.com/ZS9xbSHp/ This is soooo cute ah 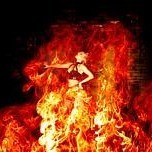 Cute...very cringe, but happy they love each other

Yall are so rude... this is what's left of the site huh   this is adorable and well executed