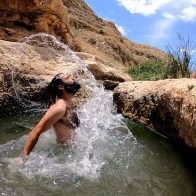 Collection is up again thanks to @mr wayne tho it won't be updating soon, also there's no much to update unfortunately (Someone turned out the lights in MusicLand, won't get old) I'm willing to h